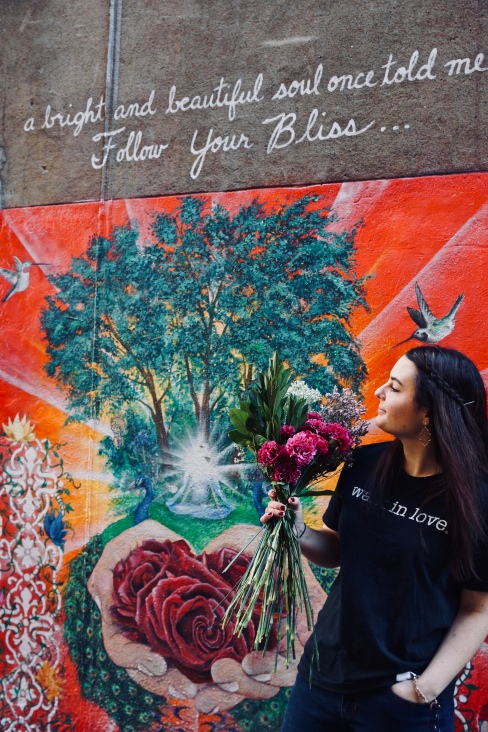 We are all on this earth for a specific purpose. We are here because the Lord has something that He needs to be completed, changed, or invented.  He puts these dreams, ideas, and desires in our hearts and intertwines them with our souls so we will go after them, but not everybody goes after these things.

Now some may go after them for a day, some a month, some a year, and a few do it and spend a lifetime fulfilling them. But for those of us who get lost between what the Lord wants for us and what the world wants for us it can make living life feel a bit muddled. We may think about them every now and then, but the passionate fire we once held so dearly has faded, and now we are living this “comfortable” life.

Once in this already paved life has been brought to us, we stopped chasing those ideas because it is so much easier following these paths. We rely to heavily on what others do and say, because we think that they have the answer to a successful and happy life. We go against our own souls preferred path and walk the same path as others. Why? Because most of the time, these dreams, desires, and ideas go against what we have been brought up to see. I goes against getting a job, having a family, or could change the way people live their life. You may think to yourself that there is no way you could become a songwriter, a chef, a hairstylist, an architect, an actor, a web designer, or even a writer.

All walks of life are important, and all have an impact on this world. Don’t be afraid to go after your dreams. God put them in your hands for a reason. Bring those crazy ideas and dreams to life! They were sent to you for a specific reason, and no dream is too far out of your grasp. You are the only one that decides which path to take. Are you going to let yourself settle, or are you going to strive for the greatness God has for you?

4 Because of this, they consider it strange of you not to plunge with them into the same flood of reckless indiscretion, and they heap abuse on you. 5 But they will have to give an account to Him who is ready to judge the living and the dead. 6 That is why the gospel was preached even to those who are now dead, so that they might be judged as men in the flesh, but live according to God in the spirit.

7 The end of all things is near. Therefore be clear minded and sober, so you can pray. 8 Above all, love one another deeply, because love covers over a multitude of sins. 9 Show hospitality to one another without complaining.

10 As good stewards of the manifold grace of God, each of you should use whatever gift he has received to serve one another. 11 If anyone speaks, he should speak as one conveying the words of God. If anyone serves, he should serve with the strength God supplies, so that in all things God may be glorified through Jesus Christ, to whom be the glory and the power forever and ever. Amen.